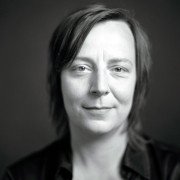 Susanne Marx is a choreographer, dance teacher and researcher. She studied at the School for New Dance Development of the Amsterdam School of the Arts and at DasArts in Amsterdam. She produces theater and dance, often in collaboration with other theatermakers and artists from other disciplines. She is a teacher and researcher at the Theaterschool Amsterdam and Artez Arnhem, where she teaches artisitic practice.

In 2019, she created the dance project Gulliver: a childrens revolution in cooperation with ICK and the Citytheater ITA of Amsterdam. 120 primary school pupils from all the area´s of Amsterdam aged six to nine years shaped their own ideal world. They created movements and texts from themselves as empowered individuals  who learned to create content in a series of dance lessons. A documentary about this piece premiered at the Cinedancefestival (the dutch international dancefilmfestival) and won the price at the Dance on Camera Festival of the Lincoln Center in New York. This project started to be performed in 2017 in different smaller theaters in Amsterdam.

In 2015 she worked at the Deutsche Oper as choreographer-dramaturg in the production Gianni by Martin Butler.

She is working on a Tryptic for moving choirs. Close/d and Grenzgebiete were successfully shown at a.o. Podium Mozaiek, Amsterdam, Dansmakers Amsterdam and the WhyNotFestival in 2015.

In 2014 co-directed the Barokopera Perseus and Andromeda, touring through Denmark a.o. at the Operafestival in Aalborg, Denmark.

In 2011  Meisje Loos premiered in Julidans ( the international dutch dance festival) in Amsterdam and toured for the second time in 2013.

In 2010 she was commissioned by Kosmopolis a dancetheatredocupiece for kickboxing girls, Chicks, Kicks & Glory, which also was shown at Kickboxgalas.

In 2008/2009 she made Geboeid, a dance performance that toured to great acclaim in the Netherlands, amongst others in Julidans, Neuköllner Oper in Berlin and was shown during the cultural capital Istanbul.She is now preparing two works. One for Julidans 2021 called Lapswimmers, an danceaudiopiece in city swimmingpools.